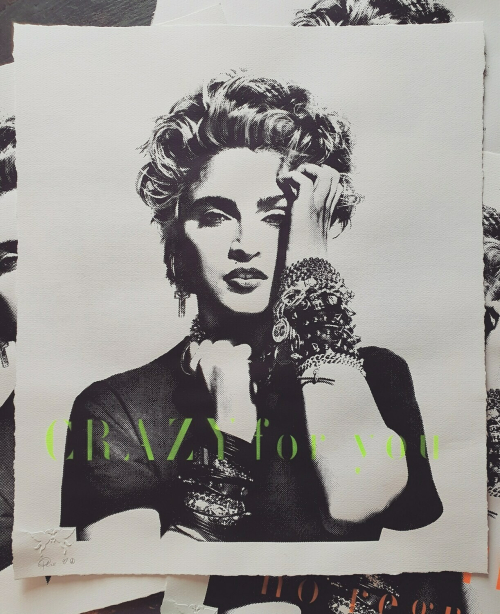 With its striking music video, empowering lyrics and a middle eight section name-checking some of the biggest stars to ever grace the silver screen, Madonna’s song Vogue had all the makings of an instant hit.

It’s now been 30 years since she released the track, which reached number one in more than 30 countries and gave the Queen of Pop a brand new signature tune.

But despite being a song that’s now recognised all over the world - and still has everyone recreating those famous moves - there’s a lot you probably don’t know about Vogue.

To read the 30 things you may not know about Vogue visit: uk.style.yahoo.com/madonna-vogue-music-video

Happy 30th Anniversary to Madonna’s Vogue single! Something to do while being #togetherapart in your homes/ turn up the volume and “let your body move to the music”! #vogue30 #strikeapose #becreative https://t.co/bwMLoUlAql pic.twitter.com/OsxyJkuZH6

Madonna is mourning the loss of her Desperately Seeking Susan costar Mark Blum, who died due to complications associated with the novel coronavirus.

“I Want to Acknowledge the Passing of a remarkable Human, fellow actor and friend Mark Blum, who succumbed to Coronavirus,” the actress and singer, 61, wrote of her onscreen love interest in a touching social media tribute, shared alongside two stills from the film on Thursday.

“This is really tragic and my heart goes out to him, his family and his loved ones. I remember him as funny warm, loving and professional when we made Desperately Seeking Susan in 1985!!” she added.

As she concluded her post, Madonna wrote that Blum’s death at 69 is “another reminder that this virus is no joke, nothing to be casual about or pretend wont affect us in some way.”

“We need to stay grateful -be hopeful- help each other-and follow the quarantine rules!” she added.

I Want to Acknowledge the Passing of a remarkable Human, fellow actor and friend Mark Blum, who succumbed to Coronavirus. This is really tragic and my heart goes out to him, his family and his loved ones. I remember him as funny warm, loving and... https://t.co/ipPj0eChmI pic.twitter.com/k3BgKZRRa9

News of Blum’s death was reported on Wednesday and later confirmed on Thursday by his representatives.

The character actor, who was born in New Jersey, began his career on the stage before taking on a series of notable film and television roles, although he remained a regular fixture on the New York City stage for the rest of his life.

His death was also mourned by many of his costars and collaborators, including Rosanna Arquette, another Desperately Seeking Susan costar. “I’m so deeply sad for his family and for his fans,” she wrote. “He was a wonderful actor and a very good and kind man. May you Rest In Peace and power mark. God bless you.”

Judith Light, who starred alongside Blum in the 2013 Broadway production of The Assembled Parties, his last Broadway credit, remembered their time together onstage as a “true joy.”

“Mark Blum, so generous, so kind, so humble, so talented. Our time together in the play The Assembled Parties at MTC was a true joy,” she wrote. “May he rest in peace knowing that he transformed the lives of so many and was cherished by so many; me among them.”

Blum is survived by his wife, stage and screen actress Janet Zarish, also 69.

It's Lenten Friday, and though she's a good Catholic, Madonna couldn't get out to a fish fry because, well, like the rest of us, she's on a coronavirus quarantine. 'Living in Special Times,' she wrote alongside a post in which she sings a special fish-fry remix of her iconic 1990 hit 'Vogue' in her bathroom.

'C'mon, go, let's go eat some fried fish (fried fish)!,' she sings into a hairbrush, while lamenting the supermarket frenzies that have cleared the shelves of pasta as some Americans continue to stockpile staples for what promises to be a long, lonely spring.

Plenty of artists have taken to singing and dancing in their bathrooms, bedrooms and yards during this COVID-19 social-distancing period, from Kelly Clarkson to Jennifer Lopez, Norah Jones, Andrew Lloyd Webber and Lin-Manuel Miranda and Niall Horan.

Madame ❌ Farewell Party...........:. No Iron Curtain, Injury or Virus could get in the way of the ♥️ we have for each other!! ON GOD!! #madamextheatre #farewell #laperouseparis pic.twitter.com/e3FfukrBUO

One of the most magical experiences of my life

One of the most magical experiences of my life........ I take nothing for granted. 🇫🇷Thank you Paris. #madamextheatre #legrandrexparis pic.twitter.com/LpdQI547n7

Last two shows in Paris are cancelled due to coronavirus

And so the Madame X Tour comes to a sad end. Madonna.com have just announced that the last two shows on Tuesday 10th and Wednesday 11th March have now been cancelled due to French action on Coronavirus:

Following official notification from the Office of the Police this morning prohibiting all events with an audience attendance of over 1000, Live Nation regrets to announce the final two Madame X performances previously re-scheduled to 10-March and 11-March are forced to be cancelled.

Tickets are refundable at point of purchase.

The new issue of UK magazine Classic Pop features a review of the opening night of the Madame X tour at the London Palladium.

It is a great review but only gets 4 out of 5 stars! They even say that Frozen deserves to be 'mentioned amongst the all-time great concert performances'. 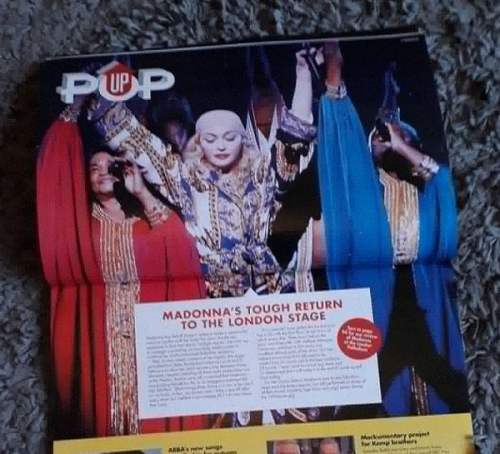 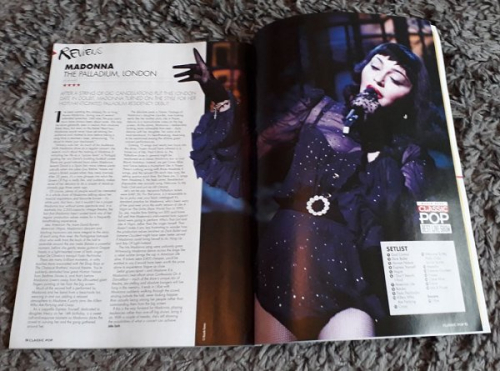 Here I Am - Flesh and Blood

Here I Am——Flesh and Blood 🩸 If only knees didn’t twist and cartilage didn’t tear and nothing hurt and tears never fell out of our eyes.........But alas they do and Thank God for this important reminder that we are human. I Fell 2 nights ago on stage when a chair was literally pulled out from underneath me by mistake and I landed on the floor on my tail bone. I made it thru the show last night but just barely because I hate disappointing. However today even I can see that this broken doll held together with tape and glue, needs to stay in bed and rest for a few days so she can finish the tour with a smile on her face and in one piece. ❌ Thank You for your understanding Paris! 🇫🇷 🙏🏼 #madamextheatre

Sunday night show in Paris cancelled due to injury

We regret to inform you that tonight's Madame X concert at The Grand Rex is cancelled as a result of ongoing injuries.

Fans who ordered tickets online will have to contact point of sale to be refunded.