Madonna has warned off any filmmakers from planning a biopic of her life.

The Madame X star insisted she should be the one to make a movie about her colourful past.

Madonna, 60, told The Graham Norton Show: 'If there ever is one, I’ll be directing it.'

She joked: 'I warn any director who tries to make one, there will be a mysterious death!'

Madonna’s last attempt at directing a feature film was 2011’s W.E. about the affair between King Edward VIII and American divorcee Wallis Simpson which led to his abdication, but it bombed at the box office. 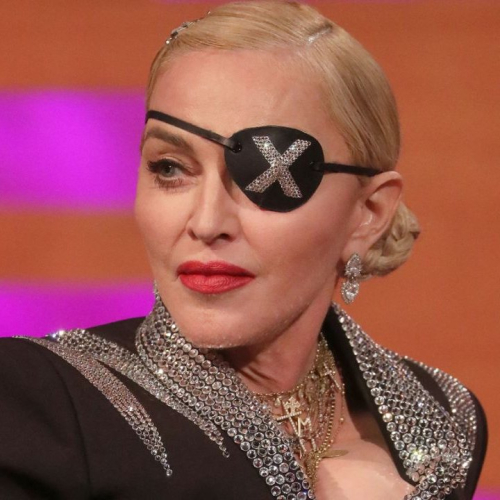 The singer also told the BBC chat show host that she believes her six children wish she was somebody else.

Madonna is mother to biological children Lourdes, 22 and Rocco, 18, as well as David, 13, Mercy, 13, and six-year-old twins Stelle and Estere who were all adopted from Malawi.

She said: 'I think they wish I wasn’t Madonna. I think it would be less challenging, in their minds, if they didn’t have me as their mother.'

Madonna admitted that she wasn’t a huge fan of the sport.

She confided: 'I admit I only watch when he’s playing. If he’s on the bench, I’m on my phone!'

Speaking about moving to Lisbon for David to pursue the sport she said: 'I surprised myself. Barcelona and Turin were an option, but I couldn’t see myself living there. It would have been a lot easier if he’d liked music!'

Madonna told Jo Whiley earlier this week that her family all dance together in the evenings after mealtimes.

She said: 'We just always have music playing and there’s always dancing. I mean we watch movies at night on weekends but TV, no and phones, no. Music and dancing and talking to each other. Old fashioned.'

Madonna’s interview on The Graham Norton Show airs on BBC One tonight at 10.40pm.