During an iHeartRadio listening party in New York, the pop superstar shared more stories about the making of her latest album, the songs that came before it and laughed off the idea of a 2020 campaign: 'Oh God, you don't want me in the White House.'

Nearly a week after Madonna released her 14th studio album, Madame X - which is expected to debut at No. 1 on Billboard's Hot 200 chart - the pop superstar took the stage at New York's iHeartRadio Theater on Thursday night to talk with an intimate group of fans and press about the genesis of her latest body of work. 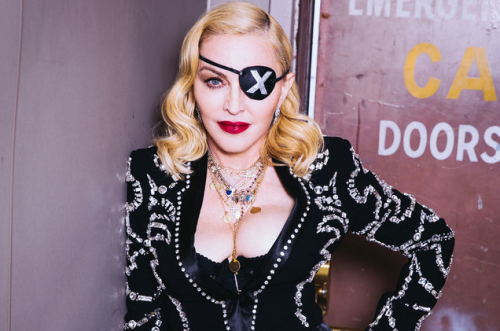 In a conversation moderated by co-hosts Cubby Bryant and Christine Nagy, from iHeartRadio's 106.7 Lite fm, Her Madgesty offered more insight into her creative process, while waxing nostalgic about beloved hits such as 'Vogue' and 'Like a Virgin.'

But music wasn't the only topic on the table. A lively, warm and candid Madonna, 60 - fueled by rosé champagne and dressed in a sparkling blazer, bustier, silk shorts and her signature Madame X eyepatch - spoke about using art as activism in 2019's divisive sociopolitical climate and joked about the possibility of running for president. However, the performer did her best not to bring up current POTUS Donald Trump, whom she has publicly criticized in the past. "Let's not go there," she said at one point when his name slipped out of her mouth. 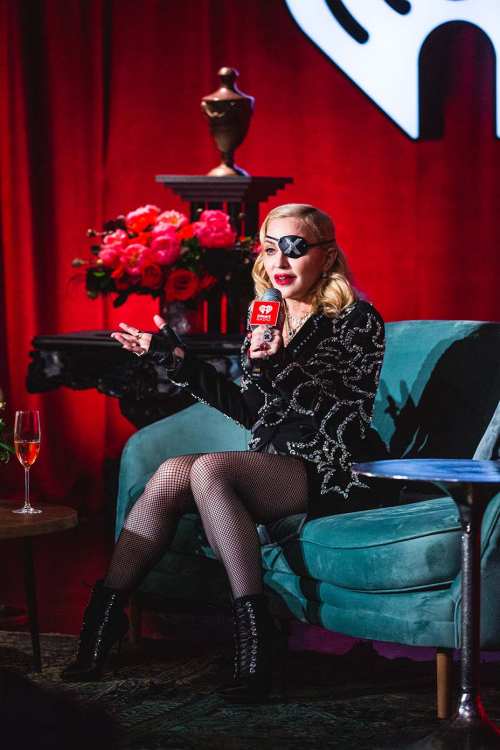 Here, The Hollywood Reporter rounds up the highlights from Madonna's wide-ranging discussion - which also included interesting commentary about relocating from the U.S. to Portugal, her relationship with social media, collaborating with Latin artists and her role as a mother of six.

Finding inspiration in Lisbon
Madonna admitted that she didn't think she would record another album after 2015's Rebel Heart — but she changed her mind after moving to Portugal's capital nearly two years ago. She originally settled in Lisbon so her 13-year-old son, David Banda, could pursue his dreams of becoming a soccer player, but she unexpectedly found her creative juices flowing again in the scenic coastal city.

'I never in a million years would have imagined that I would live in Lisbon. But it really was about supporting my son's passion for soccer and wanting to have an adventure and to get outside of America for a minute,' said Madonna, who has homes in New York and London. 'So I did go there. And it was a confusing, crazy experience for me specifically in the beginning, because I didn't know anybody. And the culture is very different. It's very much slower than New York.'

After the initial culture shock, the entertainer found herself connecting with local musicians who helped her lay the foundation for Madame X. 'In my moments of loneliness, and not having a friend which reminded me of my early days in New York, I met a few people who led me to meeting other people who introduced me to amazing musicians who invited me to parties and small bars and clubs. I was truly, truly inspired. I had no intention of recording another album, but somehow it just happened.'

Still, while recording Madame X, Madonna made sure to never miss one of David's soccer games - often wearing 'sneakers, you know, normal-type clothes. Maybe designed by Gucci? I don't know.'

To read the rest of the article visit: www.hollywoodreporter.com/news/madonna