Inside Madonna's 'Tears Of A Clown' show in Miami

madonnalicious' long-time reporter Don was at the Tears Of A Clown benefit show in Miami on Friday night and shares his memories from the night:

Friday night was on of the most surreal nights of my life. Once you walk in, there is all the art up for auction on display. It was pretty amazing to see some of these items in person (even if I can't afford them..haha). Crowd watching itself was just as fun. In the crowd was David Blaine and Bethany Frankel. Lots of faces that I recognized, however do not know their names. After the hour cocktail reception we were asked to go to the main room for dinner and the auction. 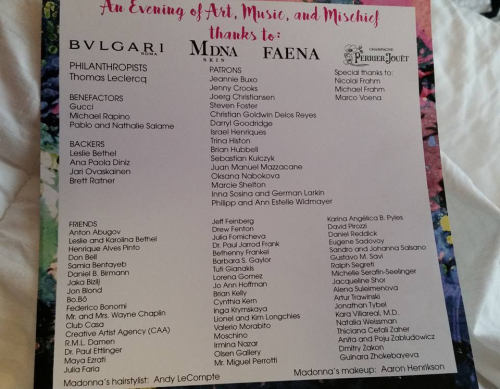 The tables were all numbered and set with all kinds of cool items - the ones on our table just happen to come home with us :) James Corden came on to start the show telling a few jokes and picking on celebs in the audience. He introduced Dr Eric Borgstein he is working with Madonna in Malawi. He spoke for a while and showed a video about the hospital and all the work he and Madonna have done. A video of David and how he meet Madonna and she adopted him was shown. Both videos made me tear up (no big surprise haha) Then David came up and spoke. He was such a sweet guy telling his story and how he knows how lucky he is he lives a very privileged life.

He then said it is my pleasure to introduce this clown that I know as mom....Madonna she came out spoke about the event and introduced the auctioneer Alexander Gilkes. 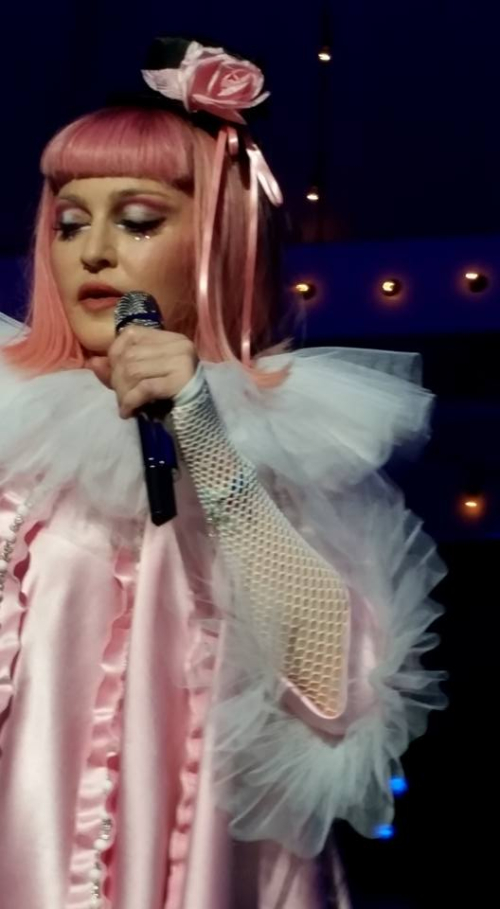 She stayed out for the first half of the auction, it dragged on a little however it was fun. One highlight for me was Madonna on stage with Sean Penn to help sell their wedding photos by Herb Ritts. He put Madonna in handcuffs and they were very playful together, it was something to see and hear them telling stories of the day they got married! Chris Rock came up told a few jokes and helped sell a watch and the poker game with Ed Norton and Jonah Hill. Arianna Grande came out wearing the Swarovski dress from the Rebel Heart tour. Danced around together and Sean Penn ended up buying the dress beating out Arianna who was also bidding! Leonardo was there but did not go on stage when they were auctioning off a stay at his place in Palm Springs. David Blaine came on stage to sell a night of magic with him at your house. It ended with Dave Chapelle and A Rod on stage doing a magic trick with David!

All this time we were being served appetizers and alcohol! After the first half Madonna left the stage to get ready for her performance. Lil' Buck came on stage and danced between the auction sets. 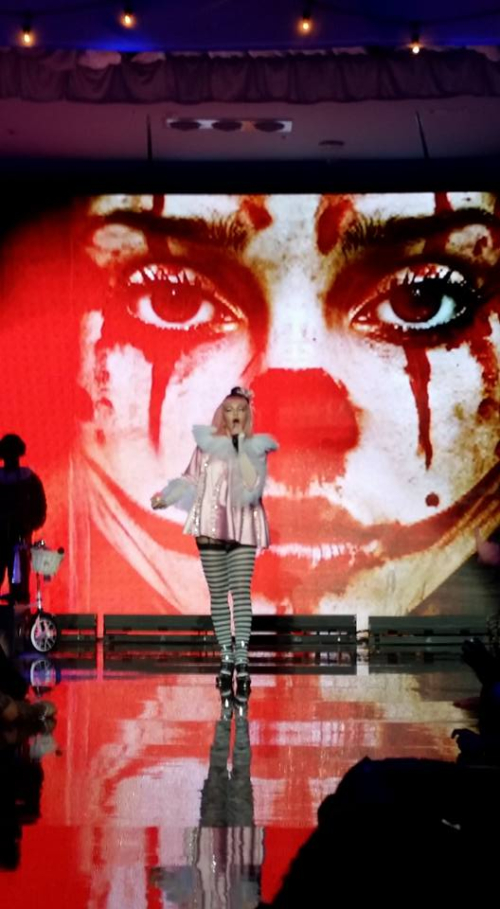 This was my time to run to the restroom. While walking down the stairs Dave Chapelle, Rosario Dawson and Run from RUN DMC were standing at the top the stairs chatting. As we walked down the stairs by them we passed Paris Hilton. While in the bathroom A Rod was in line behind me. It was all a little surreal, like how did I get here! Everyone was so nice talking to fans and friends taking photos.

First person I saw when we walked back in was Courtney Love! She was at the front table! The second half of the auction went much faster, it was all art and it sold fast! Again way out of my price range!

The auction ended about 12:45am. She was expected to come on at 1am. At about 1am the music started and the lights in the tent changed. At this point we made out way closer to the stage.

The entire performance was much more rehearsed than the show in Melbourne. The set list was more up beat. She looked happy, relaxed and like she was having a great time. She sounded fantastic! 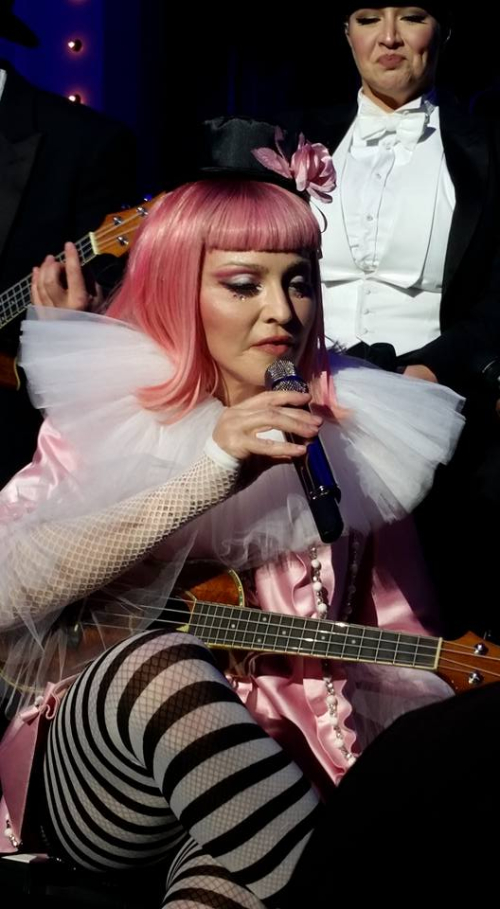 What was another surreal moment. Standing in front of Chris Rock, Dave Chapelle and next to Courtney Love and Guy Oseary watching a Madonna concert! While we were standing there someone plowed into moving to the front, I turn around and it was Sean Penn followed by David Blaine. Sean looked at me and said excuse me. At one point Courtney Love turned and said hello to me. I said hi and that I can't wait to see you tomorrow night in Kansas City Choir Boy! She smiled and said aww thanks!

After a few songs Madonna wanted to come into the crowd. She came straight for me. She wanted to stand on the table. I cleared away a book on the chair and held my arm out. She grabbed my arm and I helped her from the chair to the table she looked at me and smiled. This was worth it all! I was in heaven, I helped her up and she performed Beautiful Stranger!

The only celebrity that was mentioned on stage that we did not see was P Diddy. Everyone else we were close to at some point in the night. I thought we would feel out of place but we didn't! We knew how to fake it like the rest of them! Hahaha.

My 44th time seeing Madonna live and it never gets old! This was one of those nights that I will never forget, I had to dig into my savings, however it was for a great cause! The money was worth every penny for the experience we had! 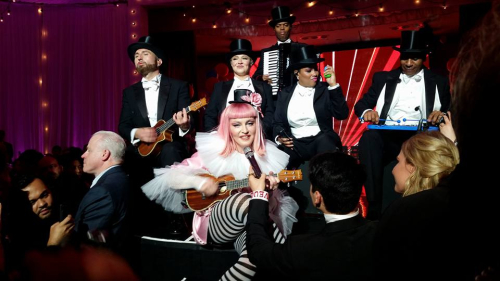 yes, and Don stanted for all the fans around the world, us, the most important support for the queen

Wow!!! I had chills and tears in my eyes as I read this! You are a such a lucky person .... it's like your dream came true! I have been a Madonna fan for over 30 years and WISH I could see her up that close! You even got to help her up on the chair (chills!) ! I'm so happy for you and cherish that night forever!!!