In 1990, Madonna's Blond Ambition tour was one of the most controversial and talked-about events in entertainment history. The tour, which made more than £40m - a record at the time, also made stars out of her seven male backing dancers, who also featured in the 1991 film In Bed With Madonna. Now those dancers have their own documentary - Strike a Pose, directed by Dutch film-makers Ester Gould and Reijer Zwaan.

The tour featured Madonna's hit singles Like A Prayer, Express Yourself, Like A Virgin and Vogue, and the singer, wearing her now iconic Jean-Paul Gaultier corset, drew complaints from religious groups for her provocative performances on stage, while shocking the society of 25 years ago by openly discussing HIV, Aids and homosexuality.

The film reunites six of the seven dancers - Carlton Wilborn, Salim Gauwloos, Oliver Crumes III, Luis Camacho, Jose Gutierez and Kevin Stea - while the seventh, Gabriel Trupin, who died of complications due to Aids in 1995, is represented by his mother, Sue Trupin.

Director Zwaan remembers being 11 years old when he saw In Bed With Madonna and said the dancers inspired him 'because they were out and proud - it taught me what was possible'.

'It was 1990, and it was the height of the Aids epidemic, and society was going through a backlash,' he says. 'I felt there was so much prejudice towards gay people - to be homosexual at the time implied you might have HIV or Aids. It was not an easy time to be gay. But there on stage, and then in the film, was Madonna and her dancers, and six of them were gay, and Madonna was discussing those friends she had lost to the disease rather than keeping silent. I just found it very inspiring and helpful.'

Zwaan and his co-director, Gould, tracked down the six men, who still worked in the world of dance and entertainment, and, after persuasion, reunited them for the first time in two decades. It was an experience Crumes III recalls as 'joyful'.

'We are like brothers, we have this bond because of those experiences we shared a quarter of a century ago,' he says. 'This reunion has just brought tears to all of us, and, amazingly, we picked up where we left off.'

'I don't think we realised how much of ourselves were missing until we saw each other again,' Stea adds. 'Really, that tour was a formative time for me in that it gave me permission to explore who I was, explore my sexuality.'

To read the rest of the article visit: www.bbc.co.uk 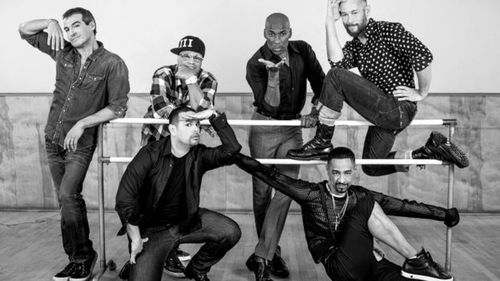