PS I Love You, Young Galaxy, Winter Gloves and You Say Party! are some of the acts appearing on 'True Blue,' a free digital covers album of Madonna's 1986 smash album released this week through Paper Bag Records.
PS I Love You's Paul Saulnier says the band's version of 'Where's the Party?' seemed like a natural fit and they 'jumped at the opportunity to contribute to this project.'
'I have loved this song since I was a kid and I think it sums up my attitude towards partying and like, wondering where the party is and could possibly be,' Saulnier tells Spinner. 'Remember, no matter how s----y life can get, you have to keep asking, 'Where's the Party?''
Paper Bag Records announced Sunday via Twitter of a 'Post-Record Store Day gift for y'all....' The album celebrates the Canadian label's eighth anniversary.
Young Galaxy's Stephen Ramsay said Paper Bag Records' Trevor Larocque contacted the Montreal group not long after signing them with the idea of covering a song. The band said they immediately went with 'Open Your Heart.'
'I think we were the first ones he asked because we had our choice of any song off the album,' Ramsay tells Spinner, adding he's more of 'a Jellybean Benitez, early period Madge kind of guy' compared to 'True Blue' era Madonna.
'For this one, we thought it might be interesting to marry Madge to Krautrock - the sounds we used on the cover were purposefully reminiscent of Kraftwerk's 'Neon Lights' - to make it sound like the soundtrack to a retro-futuristic, coldly-lit midnight autobahn drive,' Ramsay adds. 'And the lyrics 'Open your heart with a key' - we imagined Catherine [McCandless] singing it as Robot Madonna!'
'In the end, we realized this song was actually about a love affair between two robots, which makes perfect sense, because Madonna was married to Sean Penn at the time 'True Blue' came out [laughs].'
Listeners have the option of listening to the album via Soundcloud or can download the record free of charge from Paper Bag Record's site. Songs covered include 'Open Your Heart' by Young Galaxy, 'Live to Tell' (We're Scared Version) by the Rural Alberta Advantage and 'Papa Don't Preach' by Woodhands, with the title track coming courtesy of Winter Gloves featuring Hannah Georgas.
'I was psyched to get on board,' Winter Gloves singer Charles F. tells Spinner. 'I thought of Hannah right away. She was playing Osheaga [Festival] that day - so I picked her up to record the vocals that night at my studio. We had no idea what we were doing.'
Meanwhile, Born Ruffians' Luke Lalonde says his band was left with 'Jimmy Jimmy' as all the other songs had been taken. As a result, the band seemed to glam their version up a bit.
'I'd never heard the song and when I listened, I knew we couldn't do anything along the lines of a conventional cover without it being a complete joke,' he tells Spinner. 'I decided to combine another song's feeling and emotion with it. Something truly cool to bring the Madonna song back down to earth a bit. I took the groove from a T.Rex song and started to play Madonna over it at home and, voila!' 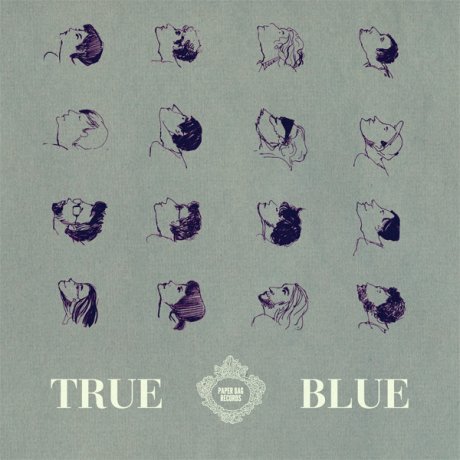 As an avid lover of music who holds in high regards many different styles/genres of music, I must say that this is a stinker. The bans/artists may be fantastic, bit this is certainly not good! These songs just don't translate well without Madonna's voice! Acoustic or otherwise!

It is clear that many of the people commenting here has never experienced genres other than pop. Sad.

I'm not against the idea of having different, edgier acts covering a Madonna album, after all it's in Madonna's interest to get free promotion. But some of these people don't seem to care the least for M's music - the guy doing Jimmy Jimmy hadn't even heard the song before! What kind of tribute is that?

as a canadian, i have to say i was happy to see that a canadian lable got a bunch of canadian artists to cover one of my favourite and most loved Madonna records.
i love alternative music and indie rock, so every song on this cover album was a delight to me. Jimmy Jimmy is hands down the best cover on the record, but the whole thing is great and a wonderful celebration of our Queen and her musical contribution to culture, not just her socio-political impact. its nice to see that even today, her music is loved by all walks and by people from different musical genre's and backgrounds. also lovely to hear classics updated and given a different spin. proves that her musical talent is just as noteworthy and commading of attention as her fearless nature and ability to stir controversy.

I heard the album. It was very painful to listen too.

Yup, they better hope that Dexter's not a Madonna fan, or else there'll be a kill room set up with a framed picture of that album cover in it before long...

wow.. this is rad, and i think it's super awesome to see a post about MUSIC up on this page!

agreed
whats the point...a load of nobodys are gonna kill pne her best abulms....
wish people would stop coverin madonna no1 will do her justice..i thought u couldnt get worse than glee..im wrong clearly

OMG! What an utter load of crap. Some group of people just Bay Harbour Butcher'd the entire True Blue album, apart from maybe the title track and even that was average.